This report is a catch up on some of the key local news items over the past couple of weeks.

In the photo at right are a number of Chinese American women, who participated in the Chinese New Year Parade celebrating the year of the Tiger in Chinatown in Manhattan, were out to see and be seen last Sunday.

On February 7, 2022, NYS Governor Kathy Hochul announced a new 'Fare Capping Program' whereby passengers would only have to pay for 12 full fare rides in a week [but using the same device / MetroCard] and after which the rides for the rest of the week would be free [Monday - Sunday]. The program begins Monday, February 28th and is expected to run for four months.

The corporate broadcast media seems to sensationalize everything these days in order to ratchet up their ratings, revenue and profit. MTA Ridership during the winter a year ago was about half the pre-pandemic level, and today it's about two thirds the pre-pandemic level meaning it has risen about 50% vs a year ago. According to NYPD Compustat, crime in the subway during the past 28 days is up 33%, so crime isn't rising as fast as ridership.

Nonetheless, crime in the subways is up by about the same percentage versus the pre-pandemic levels, so it's a bigger problem than it was before the pandemic started. It is believed, that the reason for the higher transit crime rate, is that as fewer people rode the rails during the pandemic, the homeless moved in and were able to use the subway as their shelter.

Late last week NYC Mayor Eric Adams and NYS Governor Kathy Hochul announced that the city and the state would collaborate to increase the NYPD presence in the subways to remove and / or assist the homeless from making the MTA their home by offering them an option to leave or an option to get medical, psychiatric and social services help. To that end it was noted that the NYPD upped the deployment of NYPD [about 1,000 officers] into the transit system, focusing - it seems - on the major hubs, and the Governor was working on multi-billion healthcare plans which would include provisions for helping the mentally ill and homeless.

As a result of the vaccination rates, and with the passing of the Omicron super spreader holiday season, CoVid Omicron new case growth, hospitalizations and deaths have been declining at the NYC, NYS and USA levels. In the photo at right is one of the photos at the Micaiah Carter exhibit, entitled Black Beauty at the SN37 Gallery at the South Street Seaport. The exhibit showcases African American families a few decades ago, in a normalized context - images of which were largely absent in the mainstream media at the time - and in some fashion - continuing to this day.

As the NYS vaccination rate has inched up, the mask mandates were curtailed, ending on February 10, 2022. But the mandates remain in place for the use of local, state and federal mass transit, state regulated healthcare facilities, state run nursing homes, state run shelters, state run correctional facilities and NYS public schools.

It is also important to note that each business can set their own mask mandate rules.

Lastly, NYS Governor Hochul has authorization to continue the mask mandates in public schools through April 22nd, 2022. Thus school mask mandates remain in effect, although the Governor may lift the mandates at her option at any time. Most New Yorkers favor a continuance of mask mandates in schools into March, but those with children are evenly split, with half wanting them to end ... already. Vladimir Putin is increasingly looking like Benito Mussolini, dictator of Italy prior to WWII, while Xi Jinping is increasingly looking like Adolph Hitler, propping him up. Both men, like all dictators, usurp the power of the people, in order to enrich, empower and honor themselves by sacrificing their fellow countrymen's lives along with those who they demonize and victimize thereafter.

Some people say Biden is weak and that he should send American troops into Ukraine to defend them. But only about 13% of Americans agree with them.

Some people think that we should impose economic sanctions on Russia now. But if we do that, Russia has nothinng left to lose by going balls to the walls on a full scale invasion. It's like emptying your gun of bullets before you're attacked. Not a good idea.

President Biden seems to be doing about all that's humanly possible to navigate the fine line between plunging the U.S. into another war, and holding the Russians at bay.

The reporting on the management of the withdrawal from Afghanistan by the corporate broadcast mass media was about as shallow and uninformative as seems possible - especially in this day and age. Here's a link to a story we did on the Biden management of the Afghan Withdrawal that does a far better job of putting that effort into perspective, than anything I saw on television, heard on radio and - for the most part - saw in print.

Vladimir Putin Likes to Talk about History - What about the Ideals of the Russian Revolution of 1917?

It's worth reminding the Russians what rights their ancestors fought for in the Russian Revolution. According to History.com the main ideals were articulated by,

" ... Alexander Kerensky, [who] established a liberal program of rights such as freedom of speech, equality before the law, and the right of unions to organize and strike. They opposed violent social revolution..."

Now would seem a good time for the Russian people to assert themselves - and demand what they first demanded when the Russians overthrew their imperialist rulers in the 1917 Revolution. It's time for the Russian people to: 1) demand a voice in their own government with respect to its foreign policy and starting wars in the Ukraine, 2) demand a voice in their own economic policy to avoid alientating a groujp of nations that controls about half the entire economy of the world, and 3) demand real representation in their own government and culture by virtue of a free press and protection for freedom of speech.

Vladimir Putin won't let Russian anti-corruption leaders like Alexei Navalny speak, and he won't give Navalny a fair trial and he won't let Navalny's followers stage rallies or protests - all contrary to what the Russians fought for in the 1917 Revolution. Putin keeps finding false pretenses to keep Navalny - and by association, the Russian people - locked up, because more than anything, Putin - like all dictators - is afraid of the truth.

May Vladimir Putin get what he deserves. 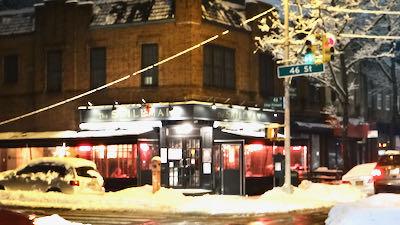 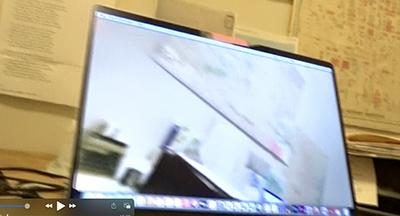 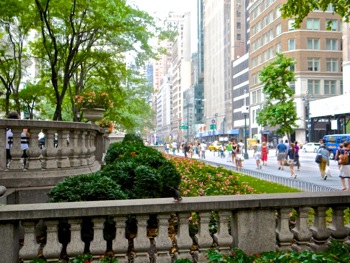