Kavanaugh Epilogue: Onto the Midterms?

Collins' Speech, McConnell Cash & What will the Donald do if Republicans win the Senate?

Susan Collins gave a speech explaining to the American people why she was going to vote to approve Brett Kavanaugh to the Supreme Court. She reaffirmed what I have stated below, which that it was not a court proceeding, but rather a confirmation hearing which does not require a standard of being beyond reasonable doubt.

Collins went on to say that none of the people Christine Blasey Ford named as attendees at the party, could remember or verify their attendance at the party. And that she thought that to be fair to Brett she would vote for him, since the allegations of sexual assault were not confirmed. BUT she did not talk about any of the other allegations noted above, nor did the 'limited' investigation attempt to get at the root of those, including whether Kavanaugh had lied under oath.

Mitch McConnell told Fox News that he was proud he and his fellow Republicans had stood up to the mob. The mob he was talking about was comprised of the American people that he often times uses as cover to justify the work he does for the people he is really serving. McConnell's campaign, or indirectly the McConnell's personally, accept oodles of cash from the super rich corporate donors, the Chinese with which his father-in-law does business, and the Russian oligarchs who are newcomers to the Mitch McConnell selling out of America program. Russian Oligarch companies donated $2.5 million to McConnell campaigns, $7.5 million to Republicans in general including Senator Lindsay Graham, and allegedly $30 million to the NRA, which is believed to have used that money in support of the Trump Campaign.

Thus, contrary to Mitch McConnell's claims to the contrary, in reality he stood up AGAINST the American people IN FAVOR the rich and powerful, including the Chinese and Russian Oligarchs, because Kavanaugh reportedly rules in favor of the corporate establishment over 80% of the time - against the American consumer, against American's health aka the environment and against American small business.

Kavanaugh Epilogue: Onto the Midterms?

Collins' Speech, McConnell Cash & What will the Donald do if Republicans win the Senate?

How Ineffective the Leaders of the Democratic Party?

Democratic Minority Leader Chuck Schumer, whose speeches sound like an undertaker at a funeral, told America they should vote. Grandma Nancy Pelosi continues telling the press she doesn't plan to impeach Trump. Some pundits say that if ever there were a president that the Founding Fathers had in mind for impeachment - Trump would be it.

These two remind me of British Prime Minister Neville Chamberlain in 1939. Chamberlain ceded the Czech Sudetenland in order to appease Hitler. Appeasing narcissistic leaders never works. It only emboldens them. These two Democratic leaders seem to speak without any conviction in what they are saying. There's never any passion. Contrast that with Lindsay Graham's Oscar winning performance on Thursday, September 27th, 2018 when he lashed out at Democrats, and spun the conversation completely around from Kavanaugh's alleged sexual assault, to portraying Kavanaugh as the victim.

Neither of these two leaders seem to get much press because they are simply uncharismatic speakers. The reason these two bi-coastal pols are in the top leadership positions is because they are accomplished fundraisers, and they live and work with those who have access to large sums of cash. I've come to think of Schumer and Pelosi as accountants, because oftentimes that's what they sound like. And the Democrats missed what was going on in the heartland in 2016, because nobody from the nation's heartland holds any of the top Democratic party leadership posts.

Both of the major parties are owned by big money. The American voter will only be listened to when they stop getting their information from the multi-million dollar ad campaigns and skewed [or in Fox News case, propagandistic] reporting that feeds voters' decision-making process. The American voters must free themselves from the corporate broadcast press by using the internet to inform themselves, in the same fashion as Trump used Twitter to bypass them. There are reliable information sources out there that are doing real journalism designed to inform about what's really going on in this country, not 'journalism' designed to get ratings. But you need to look for them.

If the Democrats want to win the Senate they need to change the conversation to how Trump has failed the American people on healthcare insurance, how he has stolen $ trillion(s) from America's children through his tax plan that makes the rich richer by borrowing on their backs, how Trump has weakened America by ramping up the national deficit through his tax cuts and runaway spending on a bloated military designed for a prior age, and how Trump has weakened America's position in the world by his reckless trade disputes with our economic and military allies, [Trump appears to essentially be rebranding the American trade agreements so he can claim them as his own]. All the while befriending dictators, hostile foreign powers and weakening the position of democracies around the world. Trump has also appointed more justices into the court system than any modern president, and this trend will continue if the Democrats don't win back the Senate. The Democrats could also make a plea to the American people to reinstate some decency into what is now the Washington cesspool swirling around the Donald.

Best Argument for a Democratic Senate

The last and perhaps most important argument for urging voters to support Democratic Senate candidates is that if the Republicans win the Senate in November, Trump will likely fire Attorney General Jeff Sessions, as well as Rod Rosenstein and Robert Mueller.

Trump is also reportedly preparing to shuffle around the top generals in the U.S. Military. And without a Democratic Senate, the checks and balances regarding Trump's personnel changes will only function in the most limited manner.

And then things could get really weird. Like they got weird in 1933 in Germany?

Murdoch's Fox News, Trump and the Republicans have shown they are not respectful of women, as we saw in the Kavanaugh hearings.

Trump, Murdoch's Fox News and the Republicans spun the discussion about Kavanaugh completely around. They took it from a serious look at the alleged character failings of a nominee to a lifetime position on the Supreme Court, and made the alleged sex offender look like he was the one being victimized.

But Trump, Murdoch's Fox News and the Republicans didn't provide support for those claims - as Kavanaugh didn't submit to a lie detector test while the three alleged sexual offense victims did, he didn't agree to an FBI investigation which the three sex offense victims did, and in the end the Trump FBI 'limited' investigation seemed designed to give the Republicans cover when attacked for managing an unfair process that didn't seek to unearth the truth about the character of a man who now holds a lifetime position on the Supreme Court.

As noted by Susan Collins' comments above, Kavanaugh may be innocent as the claims are unsubstantiated. But that said, there were certainly many, far better candidates who did not have what appear to be the possibility of so many character flaws, and Kavanaugh's almost certain lack of impartiality.

I am reminded of an Adolph Hitler quote here,

"I shall give a propagandist reason for starting the war [or whatever - like limiting an investigation], no matter whether it is plausible or not. The victor will not be asked afterwards, whether he told the truth or not. When starting and waging war it is not right that matters but victory. Close your hearts to pity. Act brutally ... The strongest man is right."

Hitler was the first and most effective user of modern media as a propaganda machine designed to mass manipulate people's perceptions, so he could enlist their support to do whatever he wanted.

How Hitler came to power is an under examined process, and this lack of awareness regarding how Hitler undermined the German democracy through the use of lies, deceits and mass media manipulation, is why the Democrats and corporate media are failing us now.

For more detail on how Rupert Murdoch uses his media properties as a propaganda machine - see our report series on Fox Fake News. Click here to learn more about Trump corruption 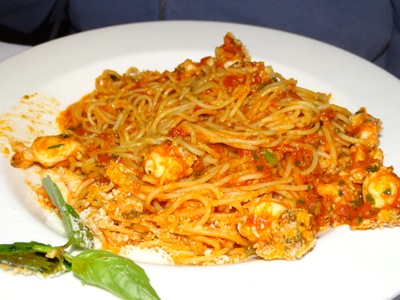 Brooklyn Mothers Day Restaurants - Moms Day Restaurants in Brooklyn NYC
What have the Democrats and the Biden Administration Accomplished?
The U.S. Infrastructure Bill - The Nature of Democracy is Compromise 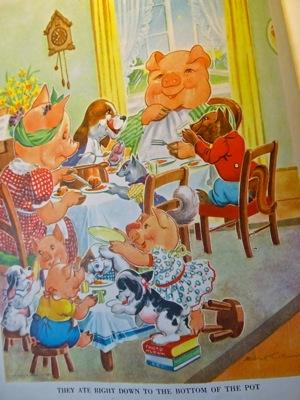 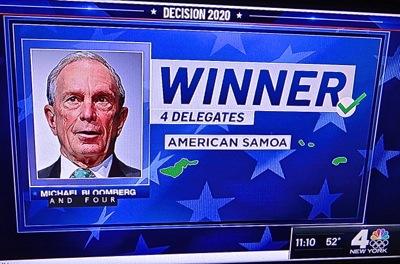