NYC Public Schools Open Monday, CoVid Guidelines Tightening in order to Avoid Illness and Closures & to Keep the Economy Running, Broadway Reopens, U.S. Open Ends with a Youthful Women's Contest & Medvedev Foils What Could Have Been Historical Men's Final by Djokovic, 911 Subway Series - Yanks 8 / Mets 7, Yom Kippur, and 911 Media Blindspot on how the Wars on Terrorism Mutated to a War on Democracy & Truth Weather. Generally good with highs near 80 Saturday and near 90 on Sunday, with the lows around 70 both days and no rain. Humidity will be around 60% and the winds will be 5 - 10 mph.

The image at right shows Murdoch's Fox faking the news about CoVid. Notice how they try to pin labels on CNN [masquerade], the Democrats [politicize / scam], other media [hysteria] and scaremonger about 'other' lockdowns. In the case of the labelers, they are oftentimes accusing someone else of doing exactly what they are doing. In psychology this is called projection, where they project their traits onto others in order to distract whomever they are communicating with, from noticing those traits in them. Mayor de Blasio announced that not only teachers, but also school staff in the NYC Public School system, will be required to have at least one vaccine dose by September 27th.

While there isn't a mandate for children over 12 to be vaccinated [yet?], all NYC public school children are required to wear masks, social distance at three or more feet, and may be subject to health screenings [testing]. The Catholic schools in NYC are not requiring vaccines for teachers or students, but are requiring the wearing of masks.

Additionally the NYC Indoor Vaccine Mandate, announced on August 17th, will begin enforcement on Monday, September 13th. The mandate requires both employees and customers to get vaccinated in order to work at or patronize dining, fitness and entertainment venues when indoors. The mandate will not be enforced by the NYPD, but rather by a slew of other city agencies / departments that already oversee the operations of these businesses. Apparently many front line workers - not just in NYC, but around the nation - have shirked their duty to get vaccinated. Getting vaccinated protects not just themselves, but their co-workers and the people they serve. Some of the municipal workers unions have taken up the fight, as their members / these employees could potentially lose their jobs for failure to get vaccinated.

What are these anti-vaxers fighting for? The right to infect other people, to enable the virus to morph, evolve, infect and kill even more than the 650,000 Americans it has already killed? The right to get really sick, and then possibly hospitalized and die? All they are being asked to do is to take one or two shots, and wear a mask indoors for a while in order to stop the killer virus.

I recall as a youngster, lining up in my small town in the 1960's, to get the polio vaccine. We all did it. The entire nation. Why? To get rid of the poliovirus. Because of our collective efforts to take the vaccine, polio was eradicated in this nation during that decade. That was before Rupert Murdoch came in with his propagandistic mass media, disseminating lies, distortions and deviant reports to an unsuspecting public making it hard to have conversations with one another - not because we have differing opinions - but because we can't get to having an intelligent conversation because we can't agree on the facts.

Biden recently announced vaccination mandates for all employees and contractors working for or with federal government agencies, in addition to a like mandate for businesses with over 100 employees. This eliminates the alternative option, offered back in July, to be tested regularly. At Tyson Foods, following a similar vaccination mandate, the vaccination rate jumped from 40% of all Tyson Foods employees, to 80% within a few weeks.

The Biden vaccination mandate includes 17 million healthcare workers who are funded in part by Medicare and Medicaid.

I think of Biden's mandate as similar to taking the keys away from a friend who's drunk who wants to drive home. He's not thinking clearly, and it's not just his own well being that's at stake - but the public as well. So sometimes decisive action is required, because some people don't know how to act responsibly and respectfully toward others. On March 12, 2021 Broadway, like many of us, closed for the pandemic, hoping to reopen in a couple of months. Fast forward one and a half years later to September 2021 and it's finally happening. This week Wicked, Lion King, Hamilton and a myriad of other plays return to the bright lights and big stage starting Tuesday, September 14th.

While many of the opening nights have been sold out, there are still plenty of tickets available, as foreigners and out-of-towners are still not visiting us in the huge numbers that they used to, prior to the pandemic. So it is probably a good time to see plays that in ordinary times might be quite hard to get into, and possibly an opportunity for cheaper, last minute tix.

CoVid protocols are in place, including mandatory vaccination with proof, and testing within prior three days is required for unvaccinated children under the age of 12.

The 911 Subway Series & the U.S. Open Women's Final put on a Great Show

I'll start with the subway series. ESPN posted a report on the game at Citi Field on Saturday night, a bit of which I'll repeat here. In essence the Yanks won, by one and both teams are trying to come from behind for wildcard spot in the playoffs.

"... The Yankees snapped a seven-game skid and ended a run of 11 losses in 13 games since a 13-game winning streak pushed them to the AL wild-card lead. They dropped into a tie with Toronto for the second wild card after the Blue Jays swept a doubleheader Saturday against Baltimore ... The Mets remained five games behind NL East-leading Atlanta after the Braves lost to the Marlins. New York remained four games behind the Reds and the Padres, who both lost Saturday, for the final NL wild card ..."

" ... British teenager Emma Raducanu won her first grand slam title by defeating Canadian Leylah Fernandez 6-4, 6-3 in the US Open final Saturday, completing a spectacular run at Flushing Meadows' first all teen final since 1999 ... Raducanu was born to a Romanian father and Chinese mother and Fernandez is the daughter of a Filipino Canadian mother and Ecuadorian father ..."

As for the Men's Final ESPN summed up what to look forward to Sunday afternoon, as follows.

" ... Novak Djokovic, the No. 1-ranked men's player in the world, has a chance to make history [by] completing the calendar-year Grand Slam and break a tie with Roger Federer and Rafael Nadal, who also have 20 major titles, for the most in men's tennis history ... Daniil Medvedev can spoil Djokovic's bid to become the first man to win all four majors - the Australian Open, French Open, Wimbledon and US Open in the same year ..."

But alas, that was not to be, as Medvedev won three straight sets, all 6-4.

20th Anniversary of 911 Felt a bit Like Reliving it Over the weekend, the corporate TV media provided wall to wall coverage of the 20th anniversary of 911. There was music, speeches, memories mostly sad - but some glad, and personal stories about how so many lives were alterred by the events of that one single day.

There were also a number of retrospectives leading up to the weekend as well as during it. I watched some of them, to see how the revisionist historians adjusted their time lens to provide a more or less clear rendition of the events of the day and after.

PBS aired a series, which followed through the Bush Administration's taking us into two wars as the result of 911. Other networks provided video and photographic footage of that day some twenty years ago. NBC provided some interesting statistics, showing that more people died after 911 as a result of the asbestos poisoning, than died on that day [I recall Bush EPA Chief Christie Todd Whitman telling us not to worry about the air]. And numerous pundits talked about how we came together on that day, only to become so divided today. I could lay into a lot of the Bush Administration for how they handled that crisis, but in deference to solemnity of the event, I won't.

In the graphic at right is the front page of Murdoch's NY Post almost two decades ago, which mocks Germany and France for having the good sense to resist Murdoch's urging them to go to war in Iraq. Murdoch seems to love wars because they're good for his business, ratings, revenue and profits. He and two of his propagandists, Bill OReilly and Sean Hannity, seemed not to really care about all the costs borne by American servicemen and their families, the American taxpayer, and future generations of Americans that would have to suffer / live with some of the shame of bad national policy.

But I will say that the corporate media has a colossal blind spot when it comes to talking honestly about the important role they play in influencing the national dialogue. And as members of large corporate cultures, the TV press appears very risk averse, and thus fail the nation by refusing to call out other members of the press who don't adhere to the highest standards of American journalism.

If you want to know why we're divided, look no further than the man who controls nearly half of America's national daily news feed - Rupert Murdoch. His Fox TV started shortly before 911, and he put it to use almost immediately by his apparent rigging of the election of 2000 in Bush's favor in Florida. In 2007 Murdoch acquired the Wall St. Journal. He bought the NY Post back in the 1970's. And he controls Barrons, Harper Collins publishers and other book companies. And as of March 2019, he along with two of the top institutional investors in Fox, now control nearly a quarter of Disney / ABC where they seems to be making 'adjustments' to the news reporting of that organization as well.

One clever and sinister Australian born billionaire, controlling so much of our nation's media, is capable of drowning out the voices of so many others. This is in a manner not unlike how dictator presidents Putin in Russia and Xi Jinping in China, use the state media to control / influence the minds of the people of their nations. Murdoch appears no different than either of them and unfortunately not a lot less evil.

And on that happy thought, I hope you have a good week.

And by the way, a belated Happy Rosh Hashanah, and best wishes for a reflective Yom Kippur. 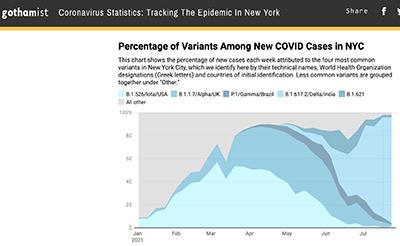 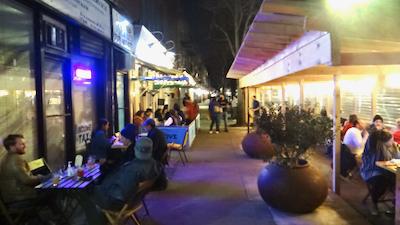 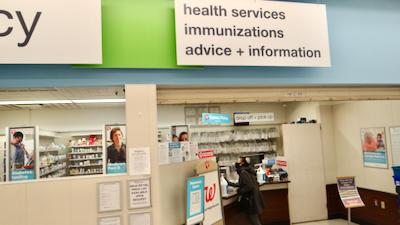 My Personal Experience Receiving the CoVid Vaccination in NYC 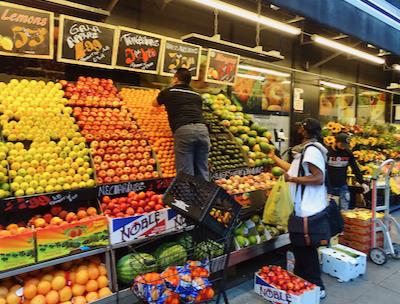 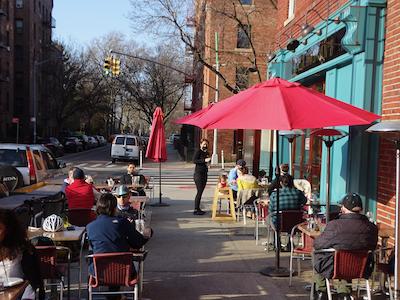 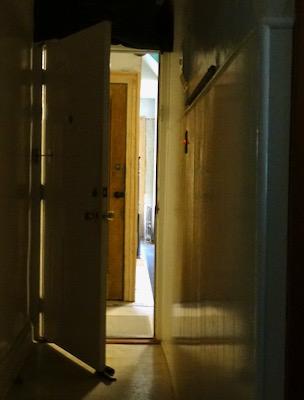