Things To Do This Weekend in NYC & Boros 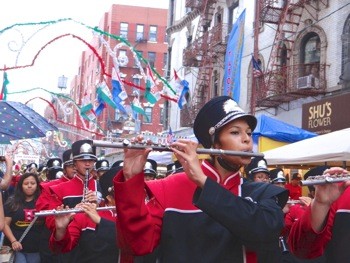 NYC Weather. The temperature highs will be around 80 on Friday and Saturday, climbing into the high 80's on Sunday. The temperature lows will be in the 60's climbing from the low 60's on Friday to the high 60's on Sunday. Winds will range from 4 - 9 mph all weekend. The humidity will climb from 30% - 60% on Friday, to 60% to 70% on Saturday, falling back to 50% to 60% on Sunday. There isn't any rain in the forecast for this weekend.

Things To Do in Manhattan NYC

Little Italy _ Thursday - Sunday, September 15 - 25, 2022 times vary - The San Gennaro Festival. This is an 11 day Italian festival that runs through Sunday, September 25th. There's a canoli eating contest today 9/16 beginning at 1 pm and tomorrow 9/17 there's a procession through Little Italy that starts at 2 pm. See their website for details of all events - https://sangennaronyc.org/

UES _ Saturday, September 17, 2022 - Steuben Day Parade & Oktoberfest. The parade begins at 12 noon from 5th Avenue at 68th Street and marches up to 86th Street. Following the parade there's an Oktoberfest at the Rumsey Playfield in Central Park that runs until 7 pm. Enter Central Park at 72nd St & 5th Avenue. Admission $50, but tickets can sell out by early Sept. https://www.facebook.com/steubenparadeny/

UES _ Sunday, September 18, 2022 beginning at 12 noon and followed by a festival in Madison Square Park until about 6 pm - Mexican Day Parade & Festival after parade. The parade begins along Madison at 38th, marching south to 26th Street at Madison Square Park where there's an after parade celebration / social. FB - https://www.facebook.com/Mexican-Day-Parade-Comite-Civico-Mexicano-de-NY-115773021139217

Things To Do in Queens NYC 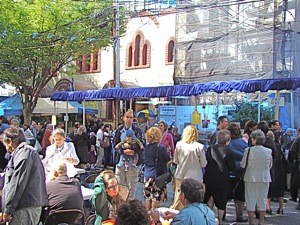 Saturday, September 17, 2022 - Jamaica Harvest Festival - From 10 am to 4 pm - Along Sutphin Blvd from Hillside to 88th Avenue and from Jamaica Avenue to 89th. Jamaica St Fairs.

Things To Do in Brooklyn NYC 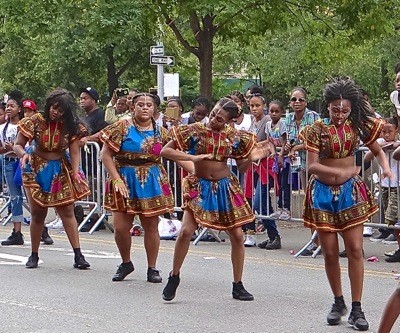 Friday, Saturday & Sunday, September 16 - 18, 2022 from 2 - 10 pm, 12 noon - 10 pm & 12 noon - 7 pm respectively. Holy Cross Greek Cultural Festival [please note that these times are from last year and may have changed / no update has been provided prior to this post]. At 8401 Ridge Blvd between 84th and 86th Streets. This is primarily a Greek food and cultural festival. Brooklyn street fairs in the Bay Ridge neighborhood of Brooklyn.

LAST WEEKEND SOLD OUT - Sunday, September 11 - 18, 2022 - Rent. Rent is a musical based on La Boheme, an Italian Opera written in the late 1800's and set in Paris about the life of struggling artists. In the play, Rent, Playwright Billy Aronson wanted to replace the aesthetic of 19th century Paris, with the grit and HIV epidemic of the late 1990's. He also morphs a traditional opera into a rock opera. He died of an unusual health condition [not HIV / AIDs] before the play became a resounding success. At the 14th Street Y at 344 east 14th street in Manhattan. After Work Theater Group is a flexible, multi-space, traveling theater group that both produces and performs in a mix of free / not free productions, and they also do classes. www.afterworktheater.org / Tickets are generally about $25.

Friday, Saturday & Sunday, September 16, 17, 18, 2022 beginning at 8 pm on Friday & Saturday, and at 2 pm on Sunday - The Wizard of Oz. An adaptation by the Narrows Community Theater. The performance take place in the Auditorium of Our Lady of Angels Church 7320 4th Avenue in the Bay Ridge neighborhood of Brooklyn. Tickets $25 / $20 / $15 at www.nctheaterny.com / www.narrowscommunitytheater.com

Things To Do in the Bronx NYC 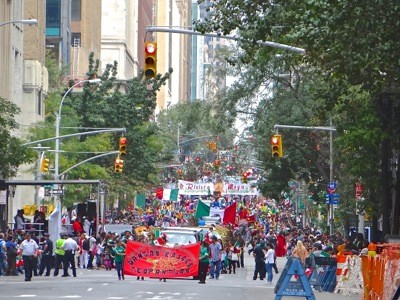 Fridays, Saturdays & Sundays in September of 2022 from 6pm to 10pm on Fridays and Saturdays, and 1pm to 9pm on Sundays - Piazza di Belmont - Outdoor dining on Arthur Avenue which will be closed to vehicular traffic from East 188th Street to Crescent Avenue during the above mentioned times.

Saturday, September 17, 2022 from 12.30 - 5 pm. Bronx is Rising Discussion of the film Fort Apache the Bronx - Discussion begins at 12.30 pm and from 3.30 - 5 pm there's a meal. At Bronx Music Hall Plaza at 438 East 163rd Street [at Washington], which will be the new home for Bronx Music Heritage Center in Morrisania just north of Melrose. Rsvps not required. Not a Bronx St Fair, but a community event in the Morrisania neighborhood of the Bronx.

Saturday, September 17, 2022 from 2 to 6 pm - Stage Garden Rumba - At Maria Sola Community Greenspace, at East 134th Street and Lincoln Avenue in the Port Morris neighborhood of the Bronx. They describe the event as: "... Presented in partnership with Pregones / PRTT, Stage Garden Rumba is an open invitation for all New Yorkers to experience the cultural riches, regional community gardens and green spaces, and vibrant Casitas of the South Bronx ... The series will again feature extraordinary Artists - actors, singers, dancers, writers; Activists with the pulse of local, national, and international struggle and social justice; and Community Members ... Hyperlocal and universal, Stage Garden Rumba brings together voices of joy and revolution to fuel our collective imagination and propel us into a self-determined future ... " At the following locations primarily in the South / Central. Free.

Sunday, September 18, 2022 from 2 to 4 pm - Boogie on the Blvd - Along the Grand Concourse from 165th - 166th Streets. Music, arts & crafts and possibly some shopping. It appears to be a scaled back version of prior similar events. Bronx street fairs organized by the Bronx Museum in front of the museum.

Things To Do on Staten Island NYC

Saturday, September 17, 2022 from 12 noon - 4 pm. 1776 Peace Conference Celebration - There's an historical reenactment of the effort made by Benjamin Franklin and John Adams to obtain peace with Britain as the war for indepence was breaking out. At the Conference House in Tottenville on Staten Island. Admission $5.

Saturday, September 17, 2022 from 11 am - 7 pm - 15th Annual Westerleigh Folk Music and Art Festival. At Westerleigh Park off Jewett Avenue at the corner of Neal Dow and Maine Avenues in the Westerleigh neighborhood on Staten Island. This Staten Island festival in Westerleigh Park centers around live music on three stages, and includes 40 arts & crafts vendors, an art expo and smart food truck vendors will likely show. Free.

Saturday & Sunday, September 17 & 18, 2022 beginning at 2 pm - Staten Island Shakespeare Theater presents Troilus and Cressida. Performances will take place in Battery Weed in Fort Wadsworth on Staten Island. The play is about a mix of love and military brinksmanship about in ancient Troy. Tickets free to the public with reservation at https://sishakespeare.org/

Saturday, September 17, 2022 beginning at 2 pm Teacher! Teacher! or P.S. I love you. In Tappen Park at Canal, Bay and Water Streets. They describe the play as follows, " ... a rip-roaring original musical which tells the story of a struggling teacher in an underserved neighborhood who puts her life on the line for her kids ...". Organized by the Parks Dept & Theater for the New City aka TNC at ww.theaterforthenewcity.net. Free summer theater on Staten Island NYC.